A various provision has been laid down under the Income Tax Act, 1961 regarding deduction of TDS when the amount exceeds the prescribed amount under the act. Numerous section has been enumerated. 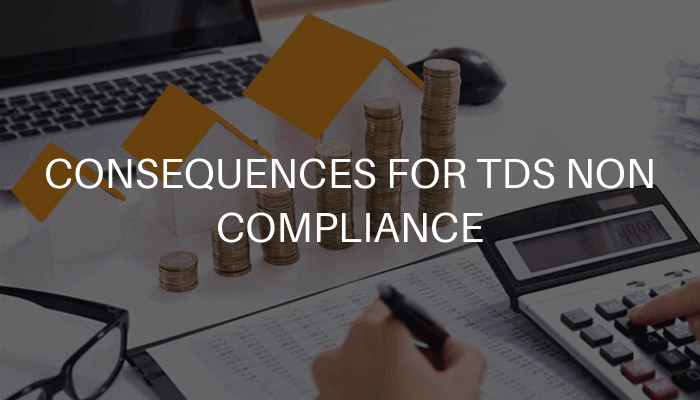 As we are well aware of many of the basic provisions of TDS under Income TAX, we tend to ignore the consequences of these provisions and we also tend to forget this. The main Provision must be adhered with the provision of TDS Law, if non-compliance made then consequences of not deducting it on time, or deducting but not paying it to the government before the due date will be hard.

When the payments made to the resident, then Tds is required to be deducted if it crosses the threshold of the prescribed section thereof.

If TDS is not deducted then 30% disallowance is made as a claim of Expenditure of Payment in the Profit and Loss Account. However, the amount of disallowed will be allowed as a deduction in the subsequent previous year in which TDS is paid to the credit of the central government.

(i)  He has furnished his ITR (return of income) under subsection 1 of section 139;

(ii) All such sum required for calculating  for computing income in such return of income must be taken by him; and

(iii) All the relevant tax has been  paid due on the income declared by him in such return of income,

and such interest shall be paid before furnishing the TDS statement.

This section levy penalty to the extent of Tax amount in default, not exceed with this limit thereof.

The penalty of the sum which shall not be less than ten thousand rupees but which may extend to one lakh rupees.

Sec 234E levy Fine of Rs. 200/-  for default in filing statement for every day during which the failure continues will be levied.

A sum of one hundred rupees for every day during which the failure continues shall be paid by the Doctor.