As per General Circular No. 5/2019, Every company other than the Government company and other few prescribed companies* who has outstanding receipts of Money or Loan between the date of 1/4/2014 to 31/03/2019 but not classified it as a Deposits and still outstanding (pending) on 31/03/2019,then these companies have to file One time 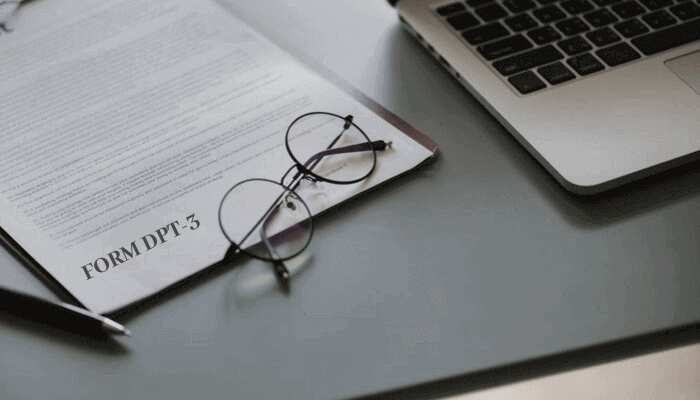 For filing Dpt-3 ,Two ways has been prescribed that are:

It is to filed on or before 30 june 2019 and there is no extension has been given for its relaxation . In case of Nil Return, no requirement of filing Nil Return in Form DPT-3 .

Form DPT-3 is not required to be filed by the below mentioned companies that are:-

Note:- If the amount / Money /Loan has been taken from the promoter ,then that amount also be reported in Form Dpt-3 although they are exempted Deposits.

Documents required to be annexed with form DPT-03

The company has to disclose the amount outstanding on 31/03/2019 in form DPT-3 irrespective of the fact that it is April to March or January to December.

Borrowings from Bank: Borrowings from bank shall be treated as deposit if the same gets Covered under Rule 2(1) (c) and it has to be disclosed in DPT-3

Repayment of Deposits: Any amount outstanding has been received by the company to be repaid on a particular date but could not be repaid due to any Governmental order, accordingly that has to be deemed as Deposits and DPT-3 along with Attachments will be filed.

Minimum fine can be Rs. 1 Crore or two times of the amount of deposit so accepted, whichever is lower, subject to Rs. 10 Crore; and
On the officers of the Company who is in default: imprisonment up to 7 years and with a fine of not less than Rs. 25 lakh which may extend to Rs. 2 Crore.

Even, DPT-3 is required for filing for loan either they are secured and unsecured loan.

Accordingly, DPT-3 is also required to file by each company in respect of each loan accepted. Suppose , if Company has accepted ECB in such case also ,Company has to mandatory file, e-form DPT-3.

The company received loan from Holding Company or Subsidiary Company or Associate Company. Whether company need to file DPT-3

Actually Net worth recorded in DPT-3 is different from Net Worth defined in definition .As Intangible Assess recorded in Net Worth for Dpt-3 is not recorded in the General Financial Statement .So there might be chances that Net Worth filled in Form AOC-4 and in Form DPT-3 could be different.Accordingly , It is advisable to
attach Clarification on that.