Whether you are a salaried person or a business person or a professional, there always are the chances that you may get the Income Tax Notice. There are so many reasons for which an assessee may get the notice. Such reasons may include non-filing of return or delay in filing of return or wrongly calculation of tax demand or claiming an excessive refund or claim excessive losses. 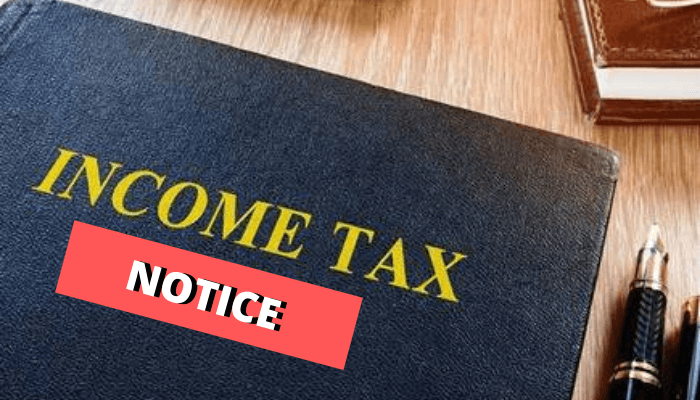 The senior partners of many big firms have explained many conditions under which the assessee may have to face the notice from the income tax department. Normally the Assessing officer issued the notice of income tax under the following section:

Following are the common reasons for which the person may have to face the notice of income tax:

However, the notice under this section can be issued even after the end of the assessment year required him to file his ITR.

Note:  So if any person has failed to file his ITR up to the end of the assessment year then he may request to his AO to issue the notice under this section so that he may file his ITR after the last date.
When the taxable person is not required to file his ITR as per section 139, then also, this notice may be issued to him.
Interest and Late Fees: If the Assessee has not filed his ITR within the due date he shall be liable for the late fees under section 234F of Rs.5,000 which would be extended to Rs.10,000 if the return has not filed till 31st December of Assessment Year.

Also, he shall be liable for the interest under section 234A @ 1% per month or part of the month from the due date of filing of the return to the date of the actual filing of return.

2) Underreporting or Misreporting of Income: The Person may face the income tax notice when he has not reported all of his taxable income in this income tax return or misreported the income.

Now let’s first see about the amount of penalty levied on this point, then I will explain it in easy language.
As per section 270A, in case of underreported income, the assessee shall be liable for the penalty of 50% of the tax payable on such underreporting income.

Where such under-reporting income is due to misreporting i.e. malafide in nature, then the penalty shall be increased to 200% of the amount of tax payable on such underreporting of Income.

Section 270A(9) has specified the cases which shall be considered as misreporting of income :

So, it is advisable that you that if you have traded in listed shares or mutual funds, then take the professional advice from any chartered accountant for calculation of tax because it might be possible that this year you may liable for the payment of capital gain tax.

Section 64 (1)(iv): Income of the assessee to include the income of spouse from assets transferred to the spouse without adequate consideration: Where the person has transferred the assets to his spouse without adequate consideration then such income shall be included in the income of the person. For clubbing relationship but exist at the time of transfer of assets.

6) Filing of Defective Return: A return shall be considered as a defective return unless it contains the following documents:

The Assessing Officer may condone the delay and consider the return as a valid return where the taxpayer has rectified the defect within 15 days or extended time but before the completion of the assessment.

9) Adjusting the demand with any refunds due to him of earlier year: Where any demand notice has been issued and the taxpayer has not paid the demand amount within the prescribed time limit and he was also eligible for the refund pending from the department side, then the department may send an intimation under section 245 for adjusting the refund with the demand payable. Hence it is advisable that you check the status of your return on time to time at the income tax website.

In this article, we have understood some of the reasons when the person may have to face the notice under income tax. I hope this article brings you the confidence of filing of return on your own with some precautions. Although if you have any doubt then it is always advisable to take the advice of a professional Chartered Accountant.