Every time New Year comes with new happiness, new stories in our life. The same happens in our law. Whenever the new law comes into existence, for the next few years, substantial changes also came. Since it took time to adjust with the market and lawmakers to prepare the law which shall be beneficial for the taxpayer as well as revenue. We have already seen the example in this regard which is the “Companies Act, 2013”. When this act came into force, from that year till now, in every year there are some amendments that have been applicable. Now, the same is being happened with GST law. GST Act was applicable from 1st July 2017, and from that day, every few times, we see major changes in this law. 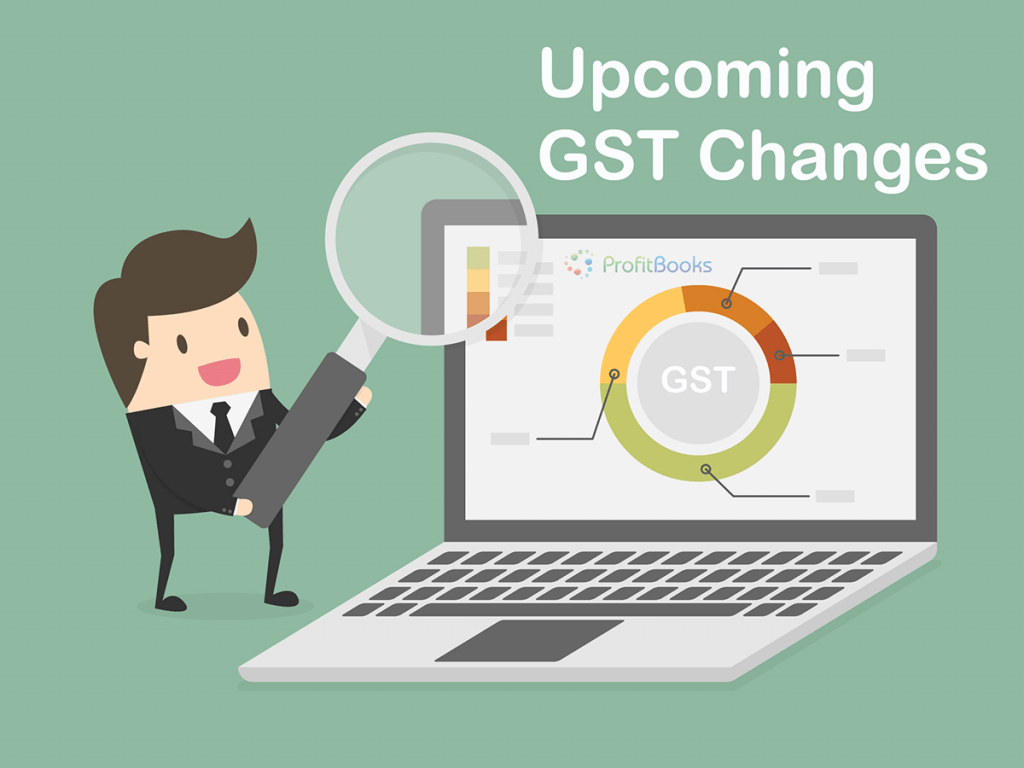 In this article, we will study about the major changes applicable under the GST from New Year 2020 and it includes Powers of Commissioner to block ITC under new Rule 86A, Restriction on claim of ITC, Blocking of generation of E-way Bill, if GSTR-1 not filed, Creating QR codes for B2C supplies, Mandatory E-Invoicing under GST, New GST Returns system, Waiver of late fees for Non-filing of GSTR-1 and GST Audit and Annual Return for F.Y 17-18 & F.Y 18-19, Reverse Charge (RCM) on Renting of Motor Vehicles, Quoting of DIN Mandatory by the Department in all Communications, SOP for Non-Filers of GST Return, Extension of last date for filing of TRAN-1 & TRAN-2. So let’s Begin:

1. ITC can be claimed up to a limited Rate

There was a time when the recipient can claim the ITC irrespective of whether the supplier has booked his liability in this regard or not. Let me tell you with an example:

We all know that the government wants to issue 3 forms i.e. GSTR-1 for outward supply (Filed by the supplier)

GSTR-2 for inward supply (Filed by the recipient)

However, due to a lot of compliance and lack of knowledge about the new law, the government has issued only 2 forms i.e. GSTR-1 for outward Supply (Filed by supplier) and

In this case, there is no form was prescribed for Recipient and many people took the benefit for this by claiming the ITC in respect of supplies which in actual never been made. The department has to face a lot of difficulties to identify this kind of person.

Although, sometimes, the supply was actually made the supplier forgot to enter the details of such supplies in the return and due to which the recipient could not claim the ITC.

To remove this discrepancy, the government has reduced the rate of ITC for availment, in respect of supplies which were not shown by the supplier in GSTR-1, by issuing a notification vide Notification No. 75/2019 – Central Tax dated December 26, 2019.

From 1st January 2020, the rate shall be 10%. In simple words, In case, the supplier has not mentioned the details of supplies made by him in the returns, then in respect of such supplies, the recipient of such supply shall be eligible to take the credit of ITC only up to the 10% of total amount of ITC which shall be eligible to the recipient in case, the supplier has mentioned the details in his return.

2. Blocking of ITC by the commissioner under new Rule 86A

As per new Rule 86A of the CGST Rules, inserted vide Notification No. 75/2019- Central Tax dated December 26, 2019, if the commissioner has a reason to believe that the recipient has:

For Example, Mr. A is a trader. He obtained the GSTN number of his servant by giving the false documents and taken the invoices from him and took the credit in this regard. Hence, if the commissioner has made the assessment of his servant then he shall come to know that the whole transaction was made for fraudulent intention.

Then he shall disallow such ITC by debiting the amount in the electronic credit register which would be otherwise used for discharging of tax liabilities or claiming a refund of any unutilized amounts in the tax register. However, the said provision shall be applicable only when the commissioner has a reason to believe in this regard.

3. Blocking of a generation of E-way Bill, if GSTR-1 not filed

As per the  Notification No. 75/2019 – Central Tax dated December 26, 2019, Rule 138E of the CGST Rules, from 11th January 2020, in case, any taxpayer did not file his GSTR-1 for a consecutive period of 2 months or quarter as the case may be, then after that, he shall not be able to generate the E way Bill until he filed the return with interest. Hence it is advisable for the taxpayer to timely file it’s GSTR-1 and GSTR-3B in the year 2020 to avoid the penalty and interest.

In terms of Notification No. 70/2019 – Central Tax dated December 13, 2019, w.e.f. April 01, 2020, those registered people whose aggregate turnover (including exempt supplies) exceeds Rs. 100 crores in a financial year, on PAN India basis, shall compulsorily generate e-invoices in the case of B2B supplies and report to the notified common portals of GST.

In the GST Council 31st meeting, it has been decided that a new simplified GST return system will be applicable for taxpayers from 1st April 2020. It will increase the statutory compliance and will help to reduce the tax evasion to its maximum possible extent. In order to smoothen the transition to the new return system, a transition plan was approved by the Council and the same was released for information vide a press release dated June 11, 2019.

The major change brought is automation. As per the new return system, 2 new forms have been issued i.e., GST FORM ANX- 1 and GST FORM ANX- 2 which shall be applicable from April 1, 2020. These forms shall be filed as annexures to the main return form which is GST RET-1/ RET-2/ RET-3.

GST ANX- 1 (Annexure of supplies) shall contain the details of outward supplies, import of goods and services and inward supplies taken but which are liable under reverse charge mechanism.

7. DIN is mandatory to quite on all the Department’s Communications

To increase the transparency and accountability in indirect taxation, the government has used information technology and in the CBIC vide Circular No. 122/41/2019- GST dated November 5, 2019, CBIC has implemented a system for electronic (digital) generation of Document Identification Number (“DIN”).

Do not confuse it with the director identification number since that number was used in filing the forms to ROC under the companies act, 2013. However, this form is used for making any communication by the department like on search authorizations, summons, arrest memos, inspection notices, etc., to begin with. However, as per the CBIC vide Circular No. 128/47/2019- GST dated December 23, 2019, government has directed that quoting of DIN shall be done in respect of all kind of communications (including e-mails) sent to taxpayer and other concerned persons by any office of the CBIC and this was already effective from December 24, 2019.

If any Communications has been issued without DIN which is not covered in the exceptional cases mentioned in Paragraph 3 of the Circular No. 122/41/2019- GST dated November 5, 2019, then such communication shall be treated as invalid and it shall be deemed that they have never been issued.

8. SOP for Non-Filers of GST Return

Before explaining this change, let me tell you some of the provisions of CGST Act, 2017

Now let’s come to the amendment

Note: As per section 29 of the CGST Act, 2017, if a person registered as a composition supplier fails to file its return for 2 consecutive periods, then the proper officer may cancel his registration.

If a person registered under a normal scheme and fails to furnish the return for a consecutive period of 6 months then his registration may be canceled by the proper officer.

There is one more entry has been added in the reverse charge Mechanism as per Notification No. 13/2017-Central Tax (Rate) dated June 28, 2017 (“RCM Notification”) RCM shall be applicable on the service by way of renting of any motor vehicle used to carry passengers and where the cost of fuel is being included in the consideration where the service recipient is a body corporate and supplier is other than a body-corporate and does not issue an invoice charging GST @12% from the service recipient; and

Hence, if the supplier is charging GST @ 12% on the invoice then normal mechanism shall be applicable and the supplier shall be liable for the payment of tax.

Also, it has been clarified that this entry has been applicable from October 1, 2019

11. Waiver of late fees for Non-filing of GSTR-1

Recently the government has given a major benefit to all the taxpayers which state that if any person who has not filed any return from July 2017 but he was liable for filing the same then he has the last chance to file such returns within 10th January 2020 without any interest.