Sometimes it is advisable to get a written agreement for our future reference, It may be an MOU or any other informal agreement. It can help to avoid many unwanted misunderstanding in future 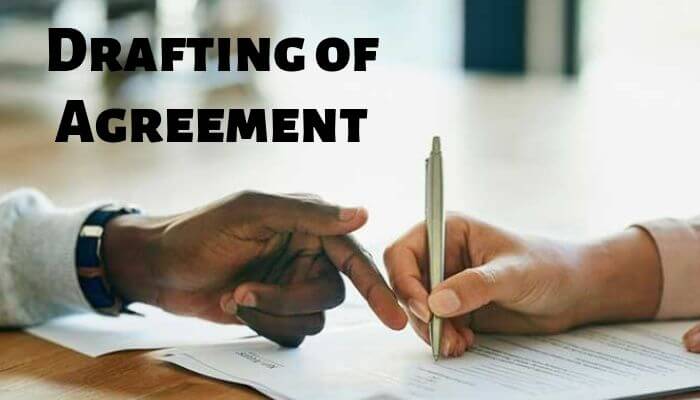 A Draft agreement is a contract that’s not finalized. During the process of a property transaction, for instance, the first contract is called the drafting the agreement. The precise terms and wording also have not been agreed to by all sides.

What is the difference between Agreement and Contract?

Agreement: – As the name suggests when two or more people agree on some point it becomes the agreement. When these agreements become legally enforceable on registration it becomes Contract.

Objectives of Drafting an Agreement

Agreements bind parties to their duties. Agreements can secure payment. No one likes to be stiffed for work performed and a binding Agreement provides a written legal document establishing a contract to be paid for services rendered. Agreements provide recourse when the relationship falters.

Why should get agreement if it is not legally enforceable?

Although Agreements are not legally enforceable it provides a great level of clarity and dependency as compared to oral agreements. An agreement when getting drafted put the oral words in writing and hence clear many practical issues which may arise in case of oral agreements. Further it forms a base to take it further to register as a contract

In what kind of situation drafting of an Agreement is advisable?

Parts of drafting an agreement

Like most legal documents, all Agreements follow a basic format, called Agreement parts. The style, length, and details vary widely by industry and complexity of the transaction. However, every Agreement contains at least some of the common Agreement parts:

Who should get agreement drafted?