NRI BONDS, The Financial Planning to park and disciplined your money that let the NRI investor matching their Core needs.

NRI Bonds are issued by the Reserve Bank Of India(RBI) to Non-Resident India (NRI) who are interested in investing their money in India. Offering lucrative Returns other than a similar investment. 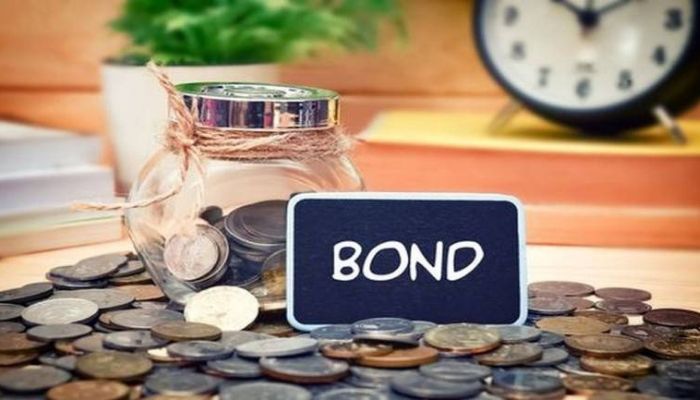 The safest mode and the most Instrument, we can consider is NRI BONDS as these are most protected investment as its procedure for applying is assigned to RBI’s Designated Banks. It means that one has to apply to designated banks of their relevant areas by following the RBI’s relevant Guidelines to adhere with. Accordingly, it can be accessed through Online mechanism by visiting Designated Bank’s websites

The first and the foremost features of the NRI BOND that attract investor is, its lucrative Interest Rates with Assured income on an average 7% to 8% to park Mint in NRI BONDS

The other factor one has to consider while investing in NRI BONDS is its investment period. NRI BOND comes with a lock-period for (3-5 years) with an appropriate maturity period  So it’s beneficial to invest as it consists no currency risk with the assured matured amount.

The most anxiety factor that NRI consider while considering their financial planning is the Tax Treatment in their RESIDENT COUNTRY along with INDIA’s Tax Structure.

So accordingly while considering the interest of NRI’s, Finance Minister in his Budget proposed to Exempt the full interest accrue on NRI BOND Whereas the Matured Amount will b Taxable as per Rates prevailing in Income tax.

Till now, RBI has issued in past 3 years NRI BONDS considering the need for Rupee Downtrend.

Now the time History is going to reverse as RBI is thinking again to issue NRI BONDS to stable falling of Indian Currency and provide the Foreign Investor, the Lucrative Returns

In Share Market, the slide of Rupee against Dollar$ is leading to Several Issues. Since the Rupee(Indian Currency)has been downtrend now. There are reports (as Released by RBI) that Government is considering Issue NRI BONDS again of Worth $50 BILLION.

According to the Government department, Maja or concern has been considered for stabilizing the rupee, NRI bonds are much Lucrative than any other instrument.

The Current Analysis are as below:-

The central bank may raise fund in Billions by way of NRI bonds to shore up forex reserves, says a BofA Merrill Lynch report. According to the Government department, for the rupee, NRI bonds are far more effective instrument than rate hikes. An effective increment rate in billions has been observed by Oil Analyst that there is a rising case for issuing NRI bonds. Also added that it is not expected from RBI that rate hike by RBI to support Rupees.

Are you willing to sell your NRI property? Then don’t forget to get NRI TDS Certificate to cut down your taxes.

As per the Finance Act,2019 proposed several measures to boost overseas fund flows and various Merger of the non-resident Indian (NRI) and foreign portfolio investor (FPI) routes of investment, increasing statutory limitsasse and simplification of documentation processes are among the key budget steps.
A couple of these measures may prove to be conducive to the Regulatory environment to NRI’s especially.

“Foreign investors have rightly been recognized as a key source of capital for the Indian economy and an attempt to provide harmonized and hassle-free investment experience has been made,” said Suresh Swamy, partner, PWC India.

Currently, NRIs invest in Indian stock markets through the portfolio investment scheme (PIS), which are governed by the Reserve Bank of India (RBI). Certain restrictions have been considered for NRI’s to operate on this route. As per SEBI relevant action, it was reported 3000 cr.are followings under NRI route.
A committee on NRI BONDS had discussed this issue. However, RBI had then opposed the plan since several NRIs held non-equity assets, such as fixed deposits. If NRIs are allowed to come through the FPI route, there will be no TDS applicable,” said Rajesh Gandhi, partner, Deloitte India.

FPIs are set to get deeper access into the Indian markets as the government has also proposed to increase FPI limits in listed companies. This cap can be increased up to the sectoral limit by the company through a board resolution.
Under the new rules, the NRI BOND limit in a company would be automatically set to the maximum permissible limit for the sector. A special resolution needs b passed for getting FPI participation.
For instance, insurance companies have an FPI sectoral cap of 49 percent until now, FPIs could automatically invest up to 25 percent insurers and could buy up to 49 percent if the company passed a board resolution. Going forward, FPIs will be able to buy up to 49 percent automatically. The budget has also proposed to simplify KYC norms for FPIs.

DOES READING THESE LINES, RING A BELL TO YOU?

ONCE THINK UPON AGAIN!