The audit is an independent examination of account books, records pertaining to any entity whether profit-oriented or not and irrespective of its legal form or origin when such examination is conducted thereof to express an opinion on the financials of the entity. In this article, we will discuss the rights and duties of an Auditor in relation to such an audit. 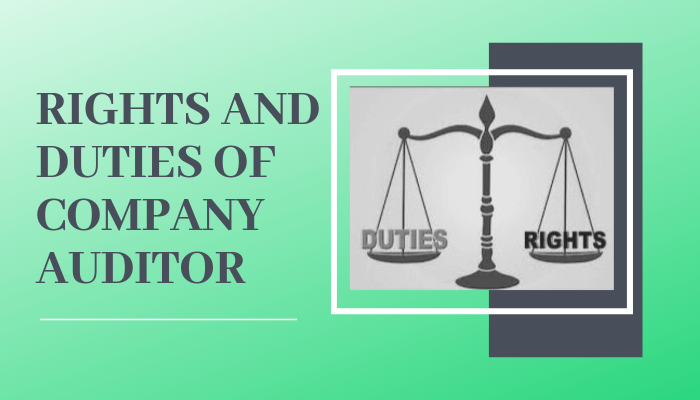 The auditor is an Individual or a firm appointed by the management to examine the books of accounts, financial statements, etc., in order to ascertain the financial position of the entity and such person should be qualified as a chartered accountant.

Rights of an Auditor

Following are the rights of an Auditor

Auditor has a right to access the books of accounts, vouchers of the company and its branches which is kept at the registered office or at any other places at all time.

Right to obtain information and explanations from the officers

In order to perform the duties of an auditor, he has the right to obtain information and explanation from the officers as he may deem to think reasonable and necessary to perform the audit.

Right to receive notices and right to attend general meeting

The auditor has a right to report the members which were prepared by him by examining the books of accounts, records, etc., of the company.

Duties of an Auditor

As per section 143(1) of the companies act, 2013, Besides the rights or powers of an auditor, the auditor has certain major duties to inquire which shall be described as follows