Section-8 Company is a limited liability company without the addition of words ‘Ltd’ or ‘Pvt Ltd’ at the end of the name, Section-8 company is a company which was licensed or registered under Section 8 of the companies act, 2013 formed mainly for the purpose promoting the Charitable objects. 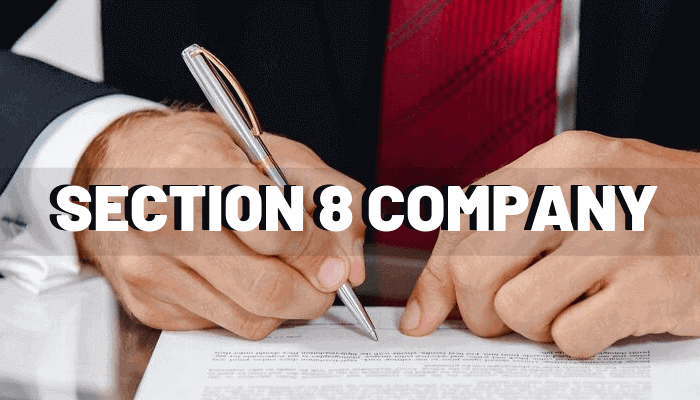 The Central government’s Ministry of Corporate Affairs of India (MCA) via Registrar of Companies (ROC) shall on application issue a license under section 8 of the companies act,2013 in such a manner and on such conditions as it may deem fit,  to register such person or association of persons (AOP) as a company with limited liability without adding the words ‘limited’ or ‘private limited’ to its name, if such proposed company is to be formed for meeting the following mentioned criteria

Documents to be filed with ROC for obtaining License

After Obtaining License from Registrar of Companies (ROC), the company shall be incorporated rule 38 of the Companies (incorporation) Rules,2014

As per Companies (Incorporation) Rules,2014, Section-8 Company shall be incorporated in the following manner prescribed below

Note: PAN and TAN shall be mandatorily filed for the proposed company along with SPICe form.

Minimum Criteria to be satisfied by the Section-8 company

Normally the companies are taxed at the applicable rate as per income tax act, 1961, but, there has been provided a tax exemption for the companies under section 12AA of the Income Tax act.

On satisfaction of the commissioner of the Income-tax, he shall grant a tax exemption to the company.

The person or Donator shall claim a deduction under section 80G  in respect of the donation made by the respective person to the section-8 company.

As per section 11 of the income tax act, subject to the provisions of section 60 to 63, certain incomes derived from property held for the charitable or religious purpose has been exempted which has been listed below