There are mainly three methods by which one can reduce his tax burden that is: Tax Planning, Tax Evasion & Tax avoidance. Saving of taxes by following legitimate means could be done through Tax planning and tax avoidance but when one follows illegitimate or unlawful ways to escape from tax liability then it results in Tax evasion. There is a very minute difference between Tax evasion and tax avoidance, which we will discuss by discussing both of them in the following paragraphs. 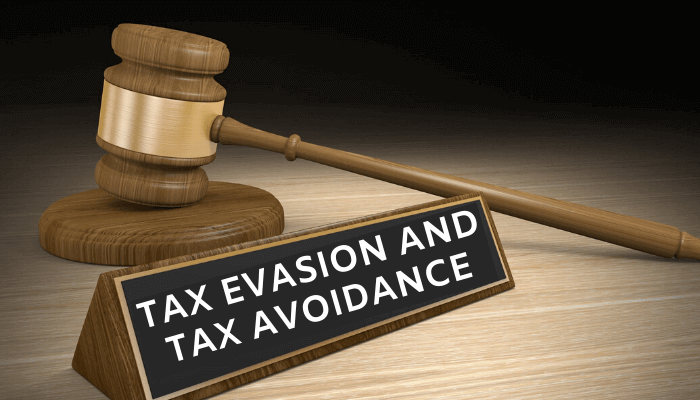 Tax avoidance is the situation when one person is saving his taxes by strictly following the law, Tax exemptions or Tax privileges offered by the government.  Finding out Tax Loophole in the law is also a way of tax avoidance. A loophole is a technicality that allows the person to depart himself from the provisions of the law without directly violating the law.

By varying the residential status of an individual by managing the number of days outside India for a person who is becoming an Indian resident by just a few days. Choosing an appropriate investment option in order to avoid tax liability by considering deductions in respect of interest, claiming exemptions in respect of dividends, etc.

So, only by having knowledge of proper deductible expenditures and every other aspect of law one should avoid his tax liability in a legitimate manner.

Tax evasion is an attempt to reduce one’s tax liability by illegal means like fraud, misrepresentation of facts or falsification of accounts. Thus, tax evasion is referred to any attempt by which a person avoid payment of tax by using illegal means. Some of the commonly adopted ways and examples of Tax evasion are:

This also constitutes misreporting of income and also attracts a 200% penalty under section 270A.