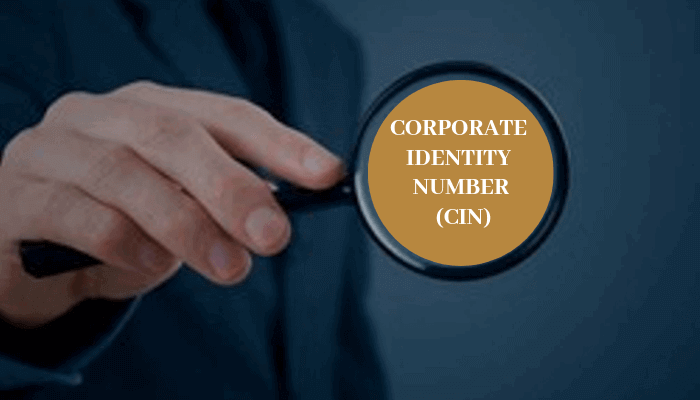 Corporate Identity Number (CIN) is an 21 digit alphanumeric code which is an unique identification number specified in the Certification of incorporation allotted to the concerned company registered under the companies act issued by the relevant Registrar of companies (ROC) operating in various states under the roof of the Ministry of Corporate Affairs (MCA), Government of India (GOI).

Corporate Identity number shall be issued to each and every company incorporated in India irrespective of whether it is private or public or One Person company or listed or unlisted Company.

CIN number is primarily used for the purpose of finding details or information about the company incorporated in India under MCA, Government of India (GOI). It is mandatory to quote corporate Identification Number (CIN) for every private and public limited company on the company letterheads, invoices, notices and on all official documents or statements issued or published.

In case of non-compliance with the above-mentioned requirement, there shall be levied a penalty of Rs.1,000/- per day on the defaulting company and on it’s every officer in defaults till the default continues. However, the maximum penalty levied shall be limited to Rs.1,00,000/-

Corporate Identification Number (CIN) is not just a unique alphanumeric combination code, it is also a combination of six vital information of the company which shall be segregated into six parts which shall be discussed as follows

Part 1: Listing Status of the company

The first character of the CIN Number resembles whether the concerned company is Listed or Unlisted in Stock Market.

Part-2 Industry Code of the company

The next 5 numeric code reflects the unique Industry Code of the company. Industry code is determined based on the economic activity carried out by the business entity.

The next 4 numeric digits represent the year in which the company has been incorporated or formed.

The next 3 alphabets of the CIN number resembles the type of company.

Part-6 Registration Number of the Company

The last six numeric digits of the CIN Number reflect the Registration Number of the company allotted by the concerned Registrar of Companies (ROC).