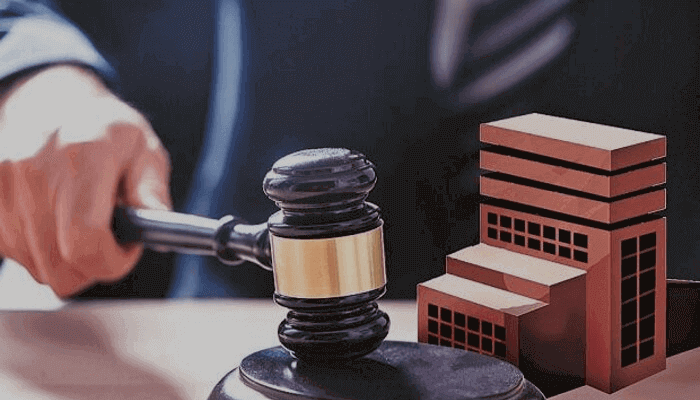 Some of the changes were made for ease of doing business and some of the changes will be the hardship for the registered person. In this article, we will discuss all the crucial amendments applicable from 01.02.2019 in simple language.

Application of Section 9(4) of CGST Act, 2017 under the Reverse Charge Mechanism

As per section 9(4) of the CGST Act, 2017, if the unregistered person is making a supply to the registered person of more than Rs.5,000, then the recipient was liable for the payment of GST under RCM. However, this section becomes the hardship for the taxable persons to comply and due to this reason, people may avoid taking a supply of goods or services from such an unregistered supplier. Hence, due to this reason the section was not made applicable.

Note: If the person is making a taxable supply on interstate then he shall be compulsorily required to get registration under section 24 of the CGST Act, 2017. That means this section was creating a problem for those small suppliers who were making the supply of goods or services within the state.

However, the provision of this section is now applicable to certain changes. Now the recipient who is a registered person is required to pay tax on RCM only if all the following conditions are satisfied –

With the amendment, the coverage of tax payable under reverse charge basis would be restricted.

Currently, such recipient and the supplies on which this section shall apply has been notified by the government.

There are 2 major changes has been made in composition supplier. Let’s discuss each of them one by one.

From 1st February 2019, if the person is making a supply of services even other than restaurant services, he shall still eligible for opting the composition scheme. However, in this case, there is one condition is also defined. A person may opt for the scheme if his total value of supply of services has not exceeded higher of the following –

The Rate of tax on services by composition dealer is 0.5% CGST and 0.5% SGST.

However, after amendment, a registered person having a turnover up to Rs.1.5 crore can opt for composition scheme.

These points can be summarised in the chart form:

As per Schedule, III read with section 7 of CGST Act, 2017, certain supply has been defined which shall neither be treated as a supply of goods nor a supply of services. Before the amendment, such supplies covered under this schedule treated as part of exempted supply and common ITC required to be reversed.

However, from 1st Feb 2019, there is one new explanation has been added mentioning that the term ‘value of exempt supply’ would not include the value of supplies specified in schedule III, except those specified in paragraph 5 of the said schedule which is the sale of land and building.

Availability of ITC on purchase, leasing, renting or hiring of Motor Vehicles, Aircraft and vessels

Before amendments, there were some supplies has been specified under section 17(5) of CGST Act, 2017 under which the Input tax credit was blocked and in that list, there is one item which is supplies related to the motor vehicle.

However, after amendment, ITC would be restricted only in case of supply related to transportation of persons having approved seating capacity up to 13 persons (including the driver).

However, such motor vehicle when putting to use for following purposes, ITC would be allowed even if their seating capacity is equal to or less than 13 people.

In simple words, for all the motor vehicles with an approved seating capacity of more than 13 people, ITC would be allowed

ITC on services of general insurance, servicing, repair, and maintenance related to a motor vehicle, aircraft, and vessels

As per section 17(5) of CGST, 2017 ITC on food and beverages, outdoor catering, beauty treatment would be allowed only if the inward supply shall be used for making the outward supply in the same category and as per the amendment, if the said supply is being supplied to the employee which is obligatory for the employer then also ITC on the said supply shall be allowed.

In simple words, Now ITC on the said supply shall be allowed:

Multiple registrations within the same state for the same business

After the amendment, Now if the person is having the same business in more than one place within the state, then he may take the separate registration for each place of business.

Suspension of GST registration until canceled

If any person registration is under process for cancellation then there would be a temporary suspension of registration. This means till the registration has not been canceled fully, such person shall be required to comply with the provisions of GST.

Before the amendment, as per section 34 of CGST Act, 2017, if the person has issued the Debit and Credit Note, then he would be required to issue it on a single invoice. That means if there are debit note or credit note is required to be issued for multiple invoices then the person shall have to issue it on each invoice.

Now, this provision has been changed and as per the amendment, the person may issue a consolidated debit note or credit note in respect of the multiple invoices issued in a financial year. There is no requirement for one to one correlation.

This is the most important change has been made in these amendments. Before 01.02.2019,

The credit of IGST can be utilized first for IGST payable, then CGST payable and at last SGST Payable

As per the amendment, there is one new section is being introduced, Section 49A–

Under this section, the settlement process is the same, but the addition made in the provisions is that no person shall have to utilize the credit of IGST before CGST or SGST. This has been included in rule 88A by notification number 16/2019 on 29.03.2019

Let’s understand it through the diagram

As per section 54 of CGST Act, the person is making the supply of services outside India after payment of IGST, shall be eligible for the refund only if the receipts from such supply shall be made in foreign convertible exchange.

However After amendment 1st Feb 2019, If the receipts were made in Indian currency then also, the supplier shall be eligible for the refund of IGST.

There is just one explanation has been added in the section, which states that the word person shall include ‘distinct person’.

Detention, Seizure, and Release of goods and conveyances in transit

Earlier As per section 129(7) of CGST Act, if the person fails to pay the tax and penalty as provided within 7 days of detention or seizure, then proceedings under section 130 shall be initiated.

As per the amendment, the time period of 7 days has been increased to 14 days.

After the amendment, the above specified period can be further extended for 1 year in case of input and 2 years in the case of capital goods. Although, there should be sufficient reason for such an extension.

Summary of the above provision

As per section 7 of IGST Act, if the location of the supplier and the destination place are within the state then it would be called as intrastate supply and CGST and SGST shall be charged. However, if the location of supplier and destination place are not in the same state then it would be called interstate supply and in this case, IGST would be charged.

Before the amendment, there was a provision that if the goods have been imported into India to the job worker only for the purpose of repair and it was sent back after repairs then GST shall not be charged on such supply.

As per section 107 of CGST Act, 2017, any aggrieved person by the order of adjudicating authority may file an appeal before the Appellate Authority. However, before the filing of appeal, such person shall have to deposit the following amount:

Tax amount, interest and Penalty as admitted by the person and 10% of tax of the amount in dispute

After the amendment, the maximum limit has been defined. That means, now the person shall have to deposit the following amount:

Tax amount, interest and Penalty as admitted by the person and 10% of tax of the amount in dispute maximum up to Rs.25 Crore

A similar amendment has been made in section 112, in which the aggrieved person may file an appeal to the Appellate Tribunal. Now, the following amount shall have to be deposited by the person before the filing of appeal to the appellate tribunal:

Tax amount, interest and Penalty as admitted by the person and 20% of tax of the amount in dispute maximum up to Rs.50 Crore

In this article, we have tried to explain all the major amendments that came in GST Amendment Act, 2018 in simple language. I hope that this article may help you to understand these amendments.