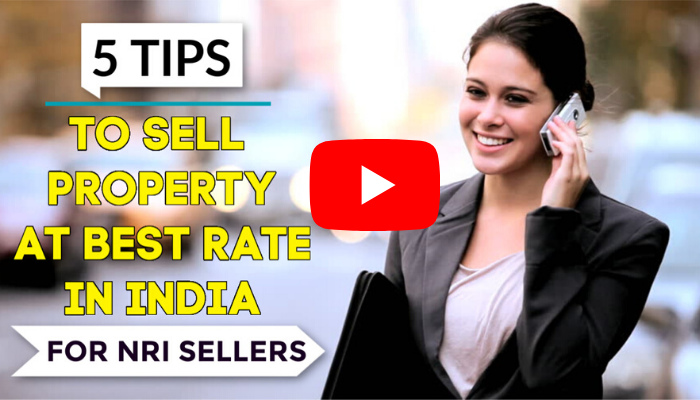 Now we will discuss the steps that an NRI has to take for selling its property in India:

Hence, it is advisable that the parties should take the advice of a Chartered Accountant to be clear about their tax structure.

6. Ending the deal: Normally an NRI can have 2 bank accounts which are

If NRI has any income which is generated in India, then he should deposit it in the NRO Account. Hence, the consideration received from the sale of such property shall be required to be deposited in an NRO account by the NRI.

Till now we have discussed the general compliances about the things that the NRI should be taken care of. Now, let us discuss the tax compliances that an NRI should know before selling the property.

In the case of Long term capital gain, NRI shall be required to pay tax @ 20% on such gain and the buyer is also required to deduct the TDS @ 20% on the selling price U/s 194IA.

In the case of Short term capital gain, NRI shall be required to pay tax as per the normal slab rates of the Income Tax Act, 1961.

The capital gain shall be calculated in the following manner

The tax on capital gain earned by the NRI on selling the property can be reduced to nil if he has invested in the schemes as specified in section 54 and 54EC. Although these sections are very broad so I’ll explain it only in respect of NRI.

Assesse: Person should be individual or HUF

Non- resident individuals can avail of the exemption by purchasing only one residential house property. Although, if 2 adjacent houses converted into single houses then it shall also be eligible for exemption.

NRI shall be eligible for the exemption of lower of

A capital gain arises from the sale of an asset

It should be constructed within 3 years from the date of transfer.

Restriction on transfer of new assets

New assets acquired shall not be transferred within 3 years from the date of purchase or the date of construction as the case may be.

If the NRI violates any condition of section 54 after claiming the exemption then as and when the new asset would be sold then the cost of acquisition of new asset transferred shall be reduced by the capital gain exempted earlier for the purpose of computation of capital gain of new assets.

Assesse: Person may be the any assesse

Conditions: There is a sale of any long term capital asset being land and building or both.

The gain from the transfer shall be exempted when such amount has been invested within 6 months of such transfer, in any of the following bonds:

Note: the exemption shall be valid only if these bonds would be redeemable after 5 years from the date of issue.