As per the Foreign Exchange Management Act, 1999 (FEMA), A Non-Resident is an Indian Citizen who is a Resident Outside India.

An Individual shall be a Resident Outside India if

Such Non Residents are provided with certain facilities under the FEMA Act with regards to the repatriation of their income earned outside India. To know more about different NRI status keep reading our blog. 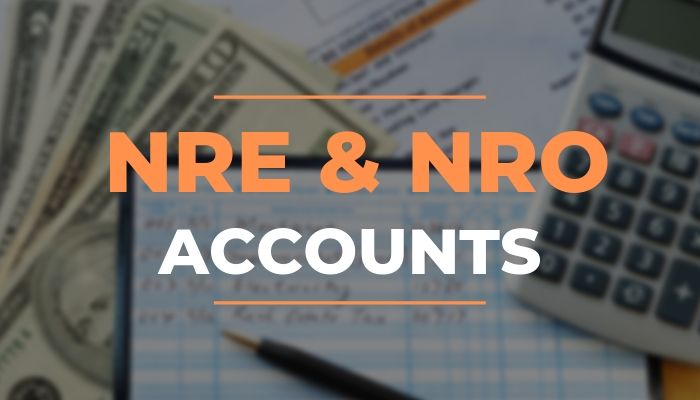 NRI has an option to open the following types of accounts

The amount deposited in the NRE Account and the interest earned on such deposits is totally tax-free.

NRO Account is an account maintained in Indian Rupee, by the NRI for any income earned by him or accrued to him in India. example- Rental Income from House Property in India, Dividend from Indian Companies.

Whenever the Residential Status of any individual changes, his normal bank account can also be redesignated into NRO Account.

In India, the saving Bank interest rates are much higher then as compared to other countries. This is one of the reasons that most of the NRI wants to invest in India. But in this case, although they earn higher returns they always have a foreign exchange risk. Let me explain it with an example:

That means although he has earned a better interest in India as compared to Australia due to a decrease in rupee rate during the year, he has to incur a net loss of $571.43

Benefits of having NRE Accounts

In NRO Account: Such income tax benefit is not available. That means NRO deposits attract taxes as per income tax act, 1961 @ 30%.

On the other hand, if he wants to manage to keep his Indian earning then NRO account is suitable beneficial.

Let’s understand it with a simple example

Mr. Nimesh went to the US for employment last year. Since, he resides there for more than 182 days, hence he becomes a Non-Resident. His family lives in New Delhi. Mr. Nimesh has also owned 10000 shares of Reliance Industries. In August month, RIL issued a dividend of Rs. 1,00,000/- to Mr. Nimesh.

He has received the salary income of 10000$ in August month.

Now, Mr. Nimesh has 2 income. One is in the foreign currency as salary and second is in Indian currency as dividend income.

He shall deposit the salary in NRE Account which shall be converted in the Indian currency at the prevailing exchange rate on that day and Dividend income shall be deposited in the NRO Account.