Q.1 When a person shall be called a non-resident Indian (NRI)?

Ans: Generally an Indian person who is residing abroad is called Non-Resident Indian (NRI). However, the definition of NRI under the Foreign Exchange Management Act, 1999 (FEMA) and the Income Tax Act, 1961 has been made separately. 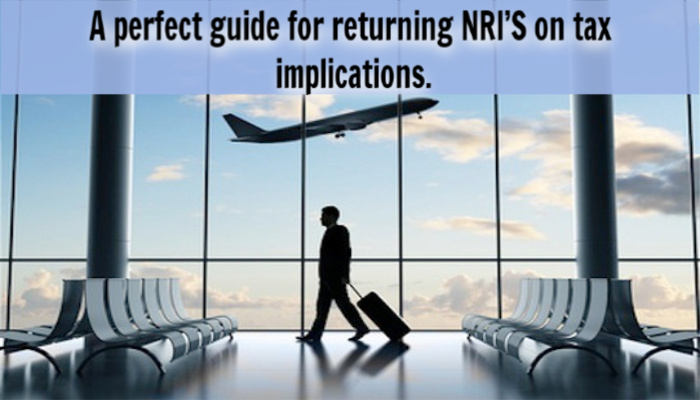 NRI as per FEMA-

As per the Foreign Exchange Management Act,

Q.2 What is the meaning of NR as per the FEMA Act?

A person resident outside India shall be the person who is not a resident in India.

As per FEMA, a person resident in India means a person who is residing in India for the period of more than one hundred and eighty-two days (182 days) during the course of the preceding financial year (April-March) and

who has come to or stays in India for the purpose of taking up employment, carrying on business or vocation in India or for any other purpose, that would indicate his intention to stay in India for an uncertain period.

Q.4 Whether an NRI can open a bank account in India?

Ans: Yes, NRIs have a right to open and maintain bank accounts in India. Normally, he can open three types of Bank Accounts which are

NRE is an account that has to be maintained in rupees in which the return amount from the NRI investment in India can be deposited. It includes the foreign income earned outside India.

An NRI can also appoint a person by the power of attorney who can use the debit card and checkbook.

The amount deposited in the account and the interest earned on such deposits is totally tax-free.

Ans: Non-Resident Ordinary Account (NRO Account): NRO Account is the account opened by the NRI in which he can maintain and manage the income which he has earned in India. For Example Any rental income or dividend income etc.

Whenever the residential status of the person has changed, He can redesignate his normal bank account into NRO Account.

The NRI has the option to open this NRO Account with 2 NRI or jointly with an Indian resident. This account can also be used for basic payments like electricity or water bill payments.

In NRO accounts, the tax deduction is not available to NRI as compare with NRE Account.

Ans: Foreign Currency Non-Resident Account (FCNR): In India, the saving Bank interest rates are much higher then as compared to other countries. This is one of the reasons that most of the NRIs want to invest in India. In this case, although they earn higher returns they always have a foreign exchange risk. Let me explain it with an example:

That means although he has earned a better interest in India as compared to Australia due to a decrease in rupee rate during the year, he has to incur a net loss of $571.43

Q.10 Where can an NRI invest in Indian on a repatriation basis?

Ans: An Indian company registered under the Companies Act, 2013, including NBFC registered with the Reserve Bank, which cannot accept deposits on a repatriation basis. Although, It can renew the deposits which had accepted in accordance with Schedule 6 of Foreign Exchange Management (Deposit) Regulations), 2016, as amended from time to time. Hence, through this provision, the NRI can repatriate the money to outside India through the normal banking channel.

Q.11 Where can an NRI invest in Indian on a repatriation basis?

Ans: Yes, Indian Proprietorship concern/ firm or a company registered under companies Act, 2013 (including Non-Banking Finance Company) which can accept deposits from NRIs or PIOs on non-repatriation basis. Although they have to comply with the certain terms and conditions specified in Schedule 7 to Foreign Exchange Management (Deposit) Regulations, 2016, as amended from time to time. Here, only within a certain limit, funds can be repatriated out of India.

Q.12 What are the investments available to the NRI in which he can invest in India?

Ans: Following are the options available for an NRI investment in India: