In Budget 2020, An amendment has been announced by our Finance Minister Nirmala Sitharaman which has created anxiety in the mind of NRIs settled abroad specially in the gulf region where there is no tax levied in these countries. So, Let’s have a look over the amendment which is creating a mess and confusion, and after that, we will discuss in this article what government is saying in their clarifications for NRIs to clear this mess. So, let’s first see what the amendment made in Budget 2020 exactly is: 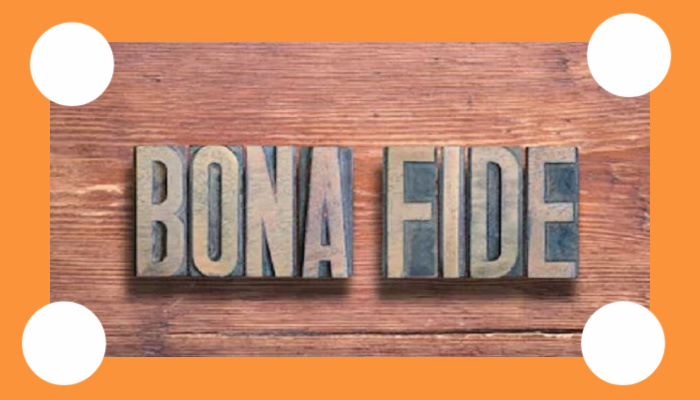 Clause 1A has been inserted in section 6 of the Income Tax Act, 1961 by Finance Act, 2020. Clause 1A of section 6 states that: Notwithstanding anything contained in clause (1), an individual, being a citizen of India, shall be deemed to be resident in India in any previous year, if he is not liable to tax in any other country or territory by reason of his domicile or residence or any other criteria of similar nature.

If you read this provision in one go, you may misunderstand by the wording of the law. Especially if we talk about the last few words which are most important and around those only the whole intent and confusion is going around. So let us discuss it in a detailed manner.

It means, there are many Indian residents who are actually taking benefits from the wording of the law and are not the resident of any country and by taking advantage of that provision only they are not getting taxed in any of the countries. But as they are a citizen of India and not getting taxed anywhere in the country on the ground that they are not becoming residents of other countries as per their laws, so they will be treated as Indian residents and will be taxed in India by coming of this provision.

So, Now the anxiety arises in the mind of NRIs, As most of the NRIs are bonafide also because they are living in gulf countries which are mostly known for being tax heavens for them, it means they are not paying or liable to tax in those countries and now confused whether they are falling in the ambit of Indian residence and liable to pay tax after this amendment? The same has been clarified by various officials of CBDT and our Finance minister N. Sitharaman.

Revenue Secretary, Ajay Bhushan said that it is the Anti Abuse provisions which are introduced to plug various loopholes in the taxation system and not intended to tax that bonafide NRIs working overseas.

Finance Minister, Nirmala Sitharaman also clarified this provision by saying that she is not intending to levy a tax on the person who is living in Dubai and earning from his property in Dubai but if a person is residing in Dubai and getting rental income from property situated in India then the country has the right to tax such income as the source of such income is from India.

From all these clarifications it has been cleared that this is the anti-abuse provision and shall not apply in the case of bonafide NRIs and will only cover those Non-Resident Indians who are indulging themselves in Tax avoidance activities and only those NRIs will be covered by this amendment and taxed in India.

From clarification given by the finance minister, doubt still remains, because such income was taxed even before such amendment also. Income whose source is from India was already getting taxed in India so such amendment does not affect such income at all as it was already under the ambit of Indian Income Tax law.

So, we can say here furthermore clarifications shall be needed in relation to the coverage of such amendment. But one thing is clear, As this is the anti abusive amendment, it will cover only those Non-Resident Indians who are not in the ambit of tax in any country or not paying tax in any country just because of their residential status or Not having any tax residency certificate of any country.

It means, who is an NRI and not paying tax or we can say avoiding tax by taking advantage of loopholes of the law of every country, managing their stays in every country in such manner that they are not becoming resident in any country and hence no country is able to impose tax over them because they are not their residents as per their own tax laws. So, if any such person is an Indian citizen, then irrespective of his stay in India he will be deemed as Indian citizen and liable to pay tax over his global income in India.

From such discussion, one thing is clear that the Non Residents who are now in gulf countries and in tax havens and the same has been clarified by finance ministers are not covered by this amendment because they are not liable to tax because those countries are not imposing tax in their territory. They are not avoiding tax or involving themselves in tax evasion by hiding their residential status or tax residency certificate. They are not even liable to pay tax but they are residents of those countries.

So, this is the key point to note, deeming provision is not for every Indian citizen not paying tax in any country, It is for those Indian citizens who are not paying tax in any country because they are not residents of any country. It is just because their intention is to abuse the taxation law of every country to avoid payment of tax. That’s why this amendment is said to be anti- abusive provision and will not affect Bonafide NRIs in any manner. But for a safer side, we will suggest to bonafide NRIs to obtain a domicile or Tax residency certificate of any country so that they cannot be covered by this amendment and their taxability could not be impacted.