Finance Minister has announced so many changes regarding taxability for Non Residents which cause a lot of confusion among them in relation to their Taxability and their residential status. In this article, we are going to discuss all such amendments to decode those changes and their implications over them. 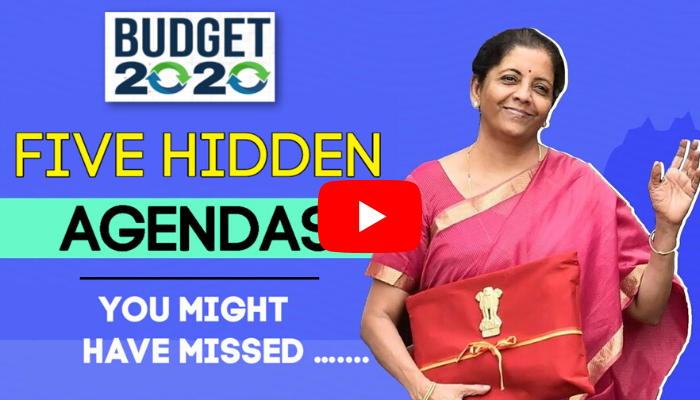 Detail Discussion of the amendment:

Now we are going to discuss and decode the amendments in a detailed way to make you understand the intent and consequences of the amendments over the Non-Resident Indian.

Amendment 1: Residential status if a person stays in India for 120 Days or more:

As we all know that a person becomes a resident of India if he stays in India for at least 182 days or more. But this rule is no longer applicable after the Budget 2020 has been introduced because in this budget this number of 182 days has been reduced to 120 days.

Now, any person shall be treated as a resident of India if he stays in India during any previous year for the period of at least 120 days and then all the global income of that person shall become taxable in India as it becomes taxable for a normal resident.

The intent to make this rule is that the government notices various non-residents who has their major source of Income outside India and that is not taxable in India if they become Non Residents. So, what they do to avoid their global income to become taxable in India is they avoid to stay in India for 182 days or more in such a manner that their global Income should not get taxed in India.

So, to avoid these kind of practices and to plug the loophole, government reduces the number of days to 120 days so that any person residing in india for these number of days but avoiding to reside here for 182 days shall also become resident and could not avoid their income to become taxable in India and in this way Indian government has saved their crores of revenue to be diverted by these kind of tax avoidance measures of tax payers.

Important Note: This update of 120 days to qualify as Resident shall be applicable to those assesses only who have their Income from Indian sources of Rs. 15 Lakhs or more in a Financial Year. It means if a person is having income of Rs. 12 Lakhs from Indian sources and stays in India for 150 Days then he will not be covered by this amendment and will be treated as Non-Resident only.

Amendment 2: Residential status if Income is not taxable in any other country:

As we know, Tax residency certificate is the document which an assessee needs to show to Indian authorities only in case he wishes to claim the benefit of Double Tax Avoidance Agreement (DTAA) of India with another country. But, now after this amendment, in few cases if a person is not able to show Tax residency certificate of any country then he will be treated as resident of India and his global income will be taxable in India.

Lets discuss the amendment in detail as this is the most technical amendment announced by the Finance Minister which creates confusion in most of the media houses also. But, after proper research we will let you know the purpose and consequence of these amendments over the Non-residents.

First, have a look over the wordings of law, Clause 1A has been inserted in section 6 of Income Tax Act, 1961 by Finance Act, 2020. Clause 1A of section 6 states that: Notwithstanding anything contained in clause (1), an individual, being a citizen of India, shall be deemed to be resident in India in any previous year, if he is not liable to tax in any other country or territory by reason of his domicile or residence or any other criteria of similar nature.

If you read this provision in one go, you may be misunderstood by the wording of the law. Especially if we talk about the last few words which are most important and around those only the whole intent revolves. So let’s discuss it in a detailed manner.

In simple terms, If a person is not getting taxed in any country just by reason of his domicile or residential status, then he will be liable to taxation in India and treated as resident of India.

It means, there are many Indian residents who take benefits from the wording of law and are not resident of any country and by taking advantage of that provision they are not getting taxed in any of the country. But as they are citizen of India and not getting taxed anywhere in the country on the ground that they are not becoming resident of other country as per their laws, so they will be treated as Indian residents and will be taxed in India by coming of this provision.

Conclusion and advise to NRIs:

So, after all discussion of the above provisions you are now well prepared of how to manage your residential status. Still here are few tips from our side: