Let us have a glance over what constitutes Indian Resident as per the Income Tax Act, 1961:-

A person would be Indian Resident for the purposes of the Income Tax Act if any of the below mentioned two conditions are satisfied:-

–He/She is in India for 120 days or more during the financial year.

–If he/ she is in India for at least 365 days during preceding 4 years AND at least 60 days in that previous year.

So if any of these conditions are not satisfied then the person will be considered as NON-RESIDENT INDIAN for income Tax purposes. 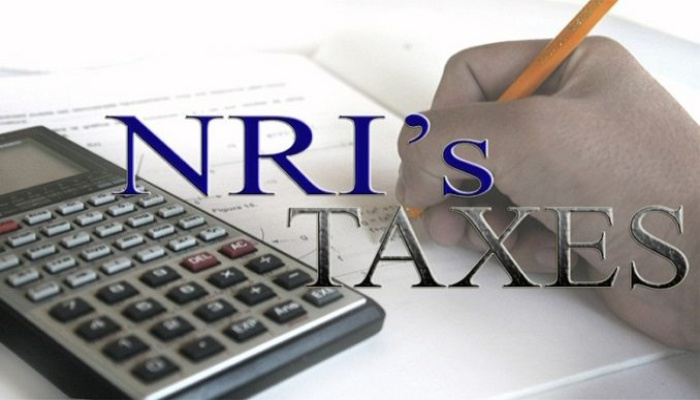 In the following cases, the aforesaid conditions will not be applied:-

— you are an Indian Citizen and you leave India for employment outside of India. in other words, if you take up a job outside India then the 60 days minimum period will be increased to 182 days or,

— These periods will not be calculated from the starting date of the Continuous Discharge Certificate and ending on the end date of this document, as signed off on the Discharge certificate.

–This is a must carefully note that Continuous Discharge Certificate for the voyage either from India to any port outside India or vice versa.

Notes: With effect from the financial year 2015-16, these aforesaid points will be applicable for the member as crew on Indian ships to know the status of the Indian Resident.

Definition of an NRI?

An NRI means a person who is not a resident of India as he stays in India for less than 120 days as per the latest Budget 2020. Provided these new definitions of NRI will be applied only if the total Indian income (i.e., income accruing in India) of such visiting individuals during the financial year is more than Rs 15 lakh.

In other words, if the person staying in India for less than 120 days and having more than Rs 15 lakh then only he will be named as Nonresident of India for the Income Tax purpose.

The effect of this amendment is that besides monitoring the number of days present in India, the visiting Indian is also required to keep a tab of his Indian taxable income. This is because once income taxable in India of an NRI exceeds Rs 15 lakh, then the only provision related to staying exceeding 120 days, as mentioned above will be applicable.

For the purpose of Indian taxability for the Nonresident

It is to be noted that dividends distributed by Indian companies would be taxable in the hands of the shareholders and as such, would form part of the taxable income. On the other hand, as interest on FCNR and NRE deposits are exempt so it will not form part of taxable income. This amendment is effective from FY 2020-21, viz. April 1, 2020 to March 31, 2021.

It is a very considerable point that two conditions must be satisfied for NRI’s Income Taxability that is taxable income exceeds 15 lakh income and stays must be less than 120 days.

Resident but Not Ordinary  Resident

The following individual shall be treated as ‘Resident but Not Ordinarily Resident’ (RNOR), if any of the below-mentioned details are fulfilled:-

(a) an individual has been a non-resident in India in any 9 out of 10 previous financial years preceding that year, or

(b) has during the 7 previous years preceding that year been in India for a period of, or periods amounting in all to, 729 days or less.

The above 2 additional conditions have been retained as per the current law. Further, we have noted above that due to the amendment made, an individual whose taxable income exceeds Rs 15 lakhs and stays in India for 120 days or more (but less than 182 days) and is treated as a resident individual will still be treated as “Resident but Not Ordinarily Resident (RNOR)”.

Note:- Till FY 2019-20, there was no such provision in the Income-tax Act. This provision of determining residential status for a stateless individual shall not be applicable for OCI (Overseas Citizen of India) cardholders or foreign citizens.

In the case of DTAA of India with UAE, the Indian judicial and advance ruling authorities have taken a view that ” liable to tax” need not be equated with “payment of tax”. As per Indian UAE Tax Treaty, a person who stays in UAE for more than 182 days in a year is eligible to get a ” tax residency certificate” and is treated as a tax resident. In view of the above and the clarification issued above, such persons would not get covered by the above-deemed resident criteria as he is becoming resident of UAE in such a case and not avoiding tax payment on the basis of residential status of him.

NRI is not allowed to get the Tax Rebate which is 100% of income-tax or Rs. 12,500, whichever is less as it is only available to Indian Resident.

In that case, he will be treated as a resident individual for income tax purposes. While this may ring alarm bells for many NRIs, but in relief, they will be treated as “Resident but Not Ordinarily Resident (RNOR)”. This would become a relief for them as their foreign income (i.e., income accrued outside India) shall not become taxable in India.

Effective 1 April 2020, a concept of deemed residency has been introduced. An Indian citizen having Indian-sourced taxable income exceeding INR 1.5 million during the relevant tax year will be deemed to be a resident of India if one is not liable to tax in any other country by reason of domicile or residence or any other criteria of similar nature. Further, such an individual will qualify as RNOR in India for the relevant tax year.