The Government has come with a new notification restricting the quantum of availing the Input Tax Credit in respect of supplies for which supplier has not uploaded the invoices or debit notes on the GST Portal. Read this article for a brief understanding of such a restriction of ITC. 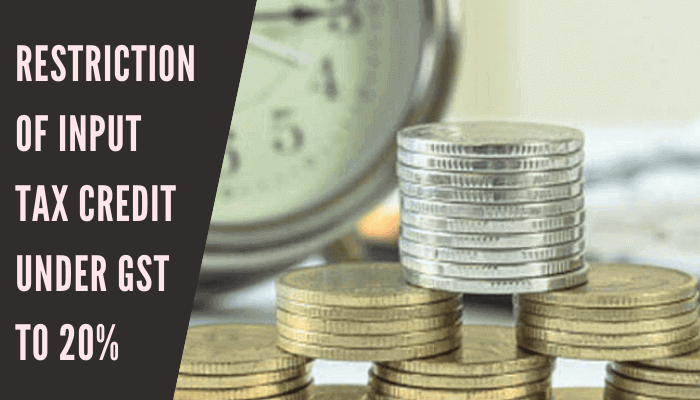 Prior to the amendment, the Input Tax Credit (ITC) has been calculated without any restrictions based on the taxes paid to the government in respect of the purchases of Goods or Services or both after excluding the blocked credit irrespective of the fact of whether the supplier has uploaded the details of Invoices or debit notes or not.

Now as per the notification, the government has put a restriction to claim only 20% of Input Tax Credit (ITC) of eligible credit available to the taxpayer in respect of the Input Tax Credit of the invoices or debit notes for which the details have not been uploaded.

Note: The Aforesaid restriction shall not be applicable to the cases where Input credit is availed in respect of the GST paid under Reverse Charge Mechanism.

Impact and Deficiencies in Rule 36(4)