So many times, we have heard from the property dealers that if you buy the property from them then you will get the offer of many things like a family trip to goa or a chance to win a car, etc. But the truth is that all the things they are offering, the price of such offers have already been included in the price of the property. 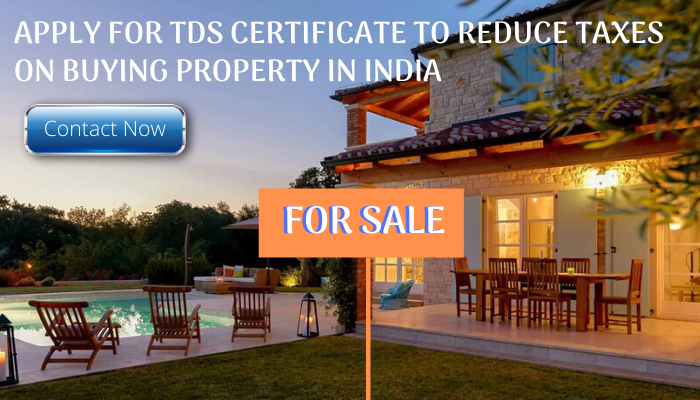 However, this article is not about that. Actually, I will tell you just the opposite of it. In this article, we will see the indirect discounts offered to the buyers of the property.  Currently, the best news for the home buyer is that the interest rates on a home loan are at its lowest. This will go to help the affordability of the buyers for buying the property. In the second one, I noticed that property builders have started offering indirect discounts to the buyers. If the builders fail to attract buyers then the indirect discount becomes the 2nd step i.e. when the dealer is not able to control or manage the property prices. At last, the logical step is a direct discount that is the least preferred option.

Although here the big question arises, that is whether the property buyers will prefer for indirect discounts or wait for direct discounts. There is no single answer for this question, It is subjective and based on the cash flow & margins of the builders. Some of the lucky buyers shall get the benefits of both discounts i.e. direct discount and indirect discount. Builder agrees for this only when, after giving such benefits, they are still earning some profits plus nowadays, the government has put so many compliances on the property dealers. If they did not comply with such compliance, then they will have to face heavy penalties. The same is with GST. At the end of the day, it is good news for the property buyers. Although the separate RERA regulation has been made for each state but Let me tell you some of the common compliances that have been put on the property dealers by RERA:

No promoter can sell or offer for sale any real estate project (plot, apartment or building) without getting it first registered with the AuthorityI(RERA).

Hence, the projects started by the property builder shall be under the eye of the government and if the dealer kept delays in giving the possession to the buyer then the government shall take the strict actions against such builder.

Registration granted under this Act shall be valid for a  period declared by the promoter in its application for such application. The Authority(RERA) may grant an extension of up to 1 year. However, for the extension, the promoter shall have to make the application within 3 months from the proposed end date. Although the said time period may be different from state wise.

So many times, it is seen that the company collects the money for its major cause but in actual directors used such money for its personal use. That is why, as per the UP RERA, 70% of the amounts realized for the real estate project from the allottees shall be deposited in a separate a/c to be maintained in a scheduled bank to cover the cost of construction and the land cost and shall be used only for that purpose.

The Promoter can not facilitate sale or purchase of any plot, apartment or building without first obtaining registration. Registration to the agent is also state-wise.

No promoter shall accept a sum of more than 10% of the cost of the apartment, plot or building as an advance fee or an application fee from a person without first entering into a written agreement for sale with such person and registering such agreement for sale. This is all being done to ensure that the money of the investors remains safe. Also, as per Ind AS-115, while preparing the annual financial statement, the property dealers shall have to book all the advance received as a liability and not as Income and shown it as profit and loss account.

Note: If the dealer is unable to complete or give possession of the plot, apartment or building within the time specified in the agreement for sale, he shall be liable, on-demand, in case the allottees decide to withdraw, to return the amount received along with interest, at the rate specified by the authority.

These above points may be different from state to state but the objective is very simple which is safe the investor’s money”.

Here, the biggest problem is that the buyer of the property has to face EMI. That means, in most cases, a person buys the property through home loans and the possession is not given to him but his EMI to the bank was started for the repayment of loan which demoralizes him. In many cases, it is noticed that the buyer has even fully repaid the loan but still he did not get the possession. Hence, now a day to make trust in the dealers. Such dealers have come up with an idea that is interested in the subvention scheme.

Under this scheme, if the dealer is unable to give the possession on time and the EMI of the loan of the buyer of the property has initiated then the dealer shall bear such EMI for some specific period. This all was written in the agreement. So it is advisable that when making the agreement, you should read this clause carefully and if there is no clause for the subvention scheme then request the dealer to add such kind of clause.

Among all three offers discussed in this post, I find this scheme financially beneficial.

As if you know that GST is exempt on the immovable property but if you buy an under constructed property then it is considered as supply of service and GST shall be levied on such services. If you have bought the property then you already know that after the filing of the application form, the demand is being generated on each specific period as an installment of the property. Also, if you have paid the advance amount to the dealer then such advance shall be treated as inclusive of GST and GST shall be paid by them accordingly. Now, the good news is that dealers give a discount of some percentage of GST to the buyers and paid such liability in their own pocket. Let me give you one example:

If your installment amount is Rs.100 and GST on such demand is Rs.18 then, let’s consider that the dealers have given 50% off discount of GST, he shall issue the demand of Rs.100 plus Rs.9 as GST because 50% of the GST i.e. 9 shall be paid by the dealer by themselves.

Where the property dealers could not make his promises for giving the possession then the buyer has the right to claim the refund with interest which may be different as per the agreement. Sometimes, the possession gets delayed by 2 to 3 months which is natural. In this case, also, he gets the interest for such a period. As I prescribed you before that this may differ from case to case. For Example: in the customer’s agreement, there is a clause which states that if the possession gets delayed then the customer shall get paid Rs.5 for every square foot of the plot or flat, as the case may be, per month.

In the above paragraph, I have given you the glimpse of RERA, so if there is no clause has been mentioned in the customer agreement then such customer may also file an application to RERA for getting the interest then RERA shall give the order for giving the interest at such rate as specified by RERA.

The biggest gift has been given in 2016 to the home buyers by our late finance minister Arun Jaitely Ji, which is IBC. So if there is any dispute arises in between the buyer and the property dealer and now the dealer is neither giving the possession and nor retuning the money back, in this case, such buyer may take the help of IBC. As per this code, if the buyer has given Rs.1 lakh to the dealer and such dealer has not given possession of the property or refund then such buyer (operational creditors as per this code) shall give a final notice to such dealer and if no reply has been received within 10 days then such buyer can file an application to NCLT for the insolvency of such company.