CIT (A) or Commissioner of Income-tax (Appeals) is the first appellate authority in which any aggrieved party may file an appeal against the order of Assessing Officer. In this article, we will understand all about CIT (A). 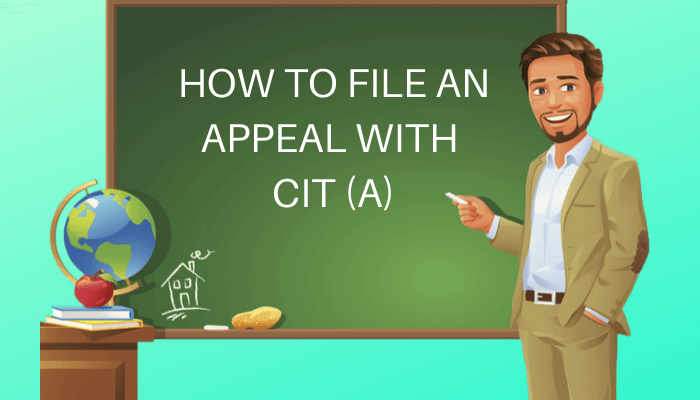 Section 246A: Orders against which a person may file an appeal

A person may file an appeal to CIT (A) against the following orders:

Section 248: Appeal by the person who is denying the liability to deduct TDS

The appeal shall be required to furnish within 30 days of the following dates:

No appeal shall be admitted unless at the time of filing of return.

Note: As per section 268, while computing the period of limitation for filing of the appeal, the date on which order has complained, shall be excluded.

Following Authority have the powers to grant the stay of demand:

Note: Stay of demand order means an order pass by the authority stated that there is no need to pay any amount of demand till the disposal of the case for which appeal has been filed.

Note: High court and the Supreme Court does not have the power to stay on the demand.

As per Rule 46A, Commissioner of income tax (Appeals) cannot entertain the admission of additional evidence produced before them except in the following cases:

CIT (A) shall not admit any additional evidence unless it records those reasons in writing and giving a reasonable opportunity to assessing the officer to examine the evidence and cross-examine the witness produced by the appellant.

Documents required for filing of an appeal

Following are the documents required in duplicate for filing an appeal to the commissioner of income tax (Appeal):

3 thoughts on “How To File An Appeal With CIT (A)”