As we already discussed in our previous articles that the GST council made the recommendation in its meeting after that it will be approved by the government and then it becomes part of the law. In the 31st GST Council Meeting, it was recommended that New GST Return should be introduced for taxpayers because in the current GST returns was very complicated for the person to comply. For ease of doing business, the new return will be in simplified return forms. As per the new return system, GST RET-1 shall be the main return which contains 2 annexures as GST ANX-1 and GST ANX-2. This return will be required to be on a monthly basis, except for small taxable persons who may opt to file on a quarterly basis. Those persons whose turnover is not more than Rs 5 crore in the preceding financial year are called small taxpayers. 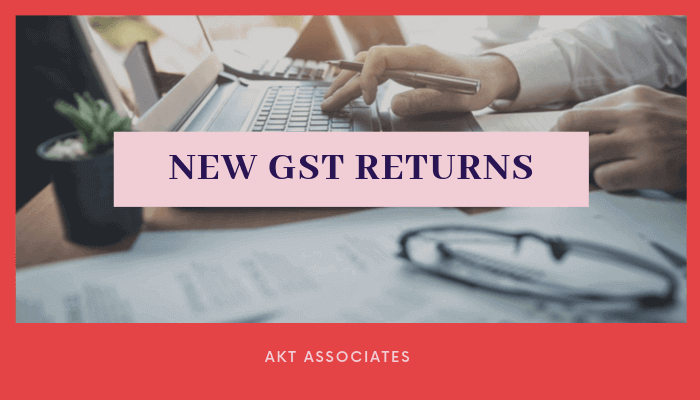 Details Contained in the main Return

As we already discuss that GST RET-1 shall be the main return, now let’s see the details to be entered in the return:

This return will have two annexure forms namely GST ANX-1 and GST ANX-2.

This annexure shall be used for reporting the details of all outward supplies, those inward supplies which are liable to reverse charge, and import of goods and services, and such information to be reported as per invoice-wise (except for  B2C supplies) on a real-time basis.  This annexure is similar to the current return GSTR-1 in which the supplier has to report his outward supplies details.

This annexure shall be used for reporting the details of all inward supplies. Similar to GSTR-2, in this return, most of these details would be automatically filled from the details uploaded by the suppliers in their GST ANX-1. If inward supplies do not match with the GSTANX-2, which will be available to them on a real-time basis, then the recipient may confirm the amount with the supplier.

The trial for these new return has been started from July 2019, and the complete system of these return would be applicable from October 2019.

During the trial phase i.e., from July to September 2019, taxable persons will continue to file their returns GSTR-1 and GSTR-3B returns and from October 2019, GST ANX-1 would be applicable for large taxpayers, which will replace the GSTR-1 return. But, GSTR-3B will still be applicable for filing up to November 2019. From December 2019 onwards, large taxpayers will be required to file GST RET-01.

In the case of small taxpayers, GST RET-01 shall be filed from 3rd quarter i.e., October to December 2019. For the payment of taxes, they will use form PMT-08, which will replace their current summary form GSTR-3B.

Currently, an offline tool has been introduced by the GST Network (GSTN) for the new return system. In the offline tool, the taxpayer may experience various functionalities such as upload of invoices, drop-down menus, reporting of inward supplies and match with the system generated supplies, etc. With the help of this offline tool, the taxable person will be able to experience the practice of filing of these new simplified GST returns. This tool also has the option to share his feedback on the GST network.

Changes made in the New Return System

In the new returns, we have been introduced many new terms, let see the brief of these new terms:

Missing invoices: if the supplier has not reported any invoice details or a debit note, and a recipient claims ITC on the basis of such invoice then, it will be called as “missing invoices”. If these invoices have not been subsequently uploaded by the supplier then the amount claimed as ITC by the recipient shall be added in his output liability.

Locking of invoices: When the recipient has confirmed the details of ITC shown in GST ANX-2, then he will have the option to lock the details of the invoice. If there is a large volume of invoices, it would not be practical to lock in all invoices individually, and in this case, it would be deemed that all invoices have been locked if there is no rejection has been made by the recipient.

Unlocking of the invoices: As we discussed above, when they will confirm the inward supplies and the ITC, he may have the option to lock the details of invoices. However, if later, any amendments were required to be made by the supplier in those invoices like the issue of debit note, etc., then the supplier will have to issue a debit or a credit note. After that, the recipient may unlock such invoice details online, subject to a reversal of ITC claim made, and an online confirmation thereafter.

Pending invoices: This can be understood with an example, say a supplier has made an invoice for the supply and uploaded the details of such invoice in annexure GST ANX-01, however, one of the following scenarios applies to that invoice:

In all the above cases, the invoice will be marked pending by the recipient, and then no ITC will be availed by a recipient on these pending voices.

Rejected invoices: In case, Supplier has entered the wrong GSTIN of the recipient, then it might be possible that such invoice shown as inward supply in any other taxpayer portal. Also, the original recipient shall not be able to take ITC on such invoice. In this case, the supplier may reject such invoice and to make the task of rejecting invoices hassle-free, the matching IT tool will have the option to create a recipient/seller master list via which the correct GSTIN can be identified.

ITC as per the new GST Return

As per section 16 and 17, there are some conditions have been defined and after complying all such conditions, the registered person shall be able to avail the ITC. The ITC can be claimed as per the invoices uploaded by the supplier, hence it is necessary that the supplier has filed its correct return on time.

Similar to the present system, the supplier shall have to upload the invoice details till the 10th of next month and it can be shown in the recipient portal at that moment. If the supplier has reported the details of Invoices after the 10th of the next month, then the recipient shall be able to take the ITC on such invoices in the next month. Although he will have the facility to view the details of such invoices on a continuing basis.

In the present system, there was no option to file the revised return but under the new system of filing of return, the taxable person shall be allowed to file 2 amendment return for each tax period. He may also be allowed to pay the taxes as per an amendment return, which in turn will help the taxpayer in saving on his interest liability. Also if there is any ITC is shown in his E credit ledger then such ITC can be used for the payment of tax as per the amendment return.

In summary, we will understand it with the difference in between old return and a new return

4 thoughts on “Know all about GST New Returns”