When you sell the property, you have to pay the tax on the profit amount. This statement looks so simple but it is not. The reason is, complicated provisions made in the income tax act, 1961 in this regard. However, in this article, I will try to explain to you the whole tax process in a simple manner. 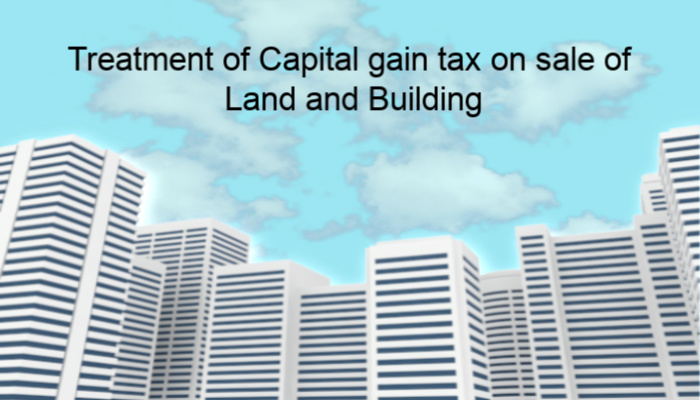 When you sold the property, you may have so many questions like the tax also levied on agriculture land or how can I save the tax or whether I can get the deduction under chapter VI-A. I will also tell you how you can save the taxes on the gain from the sale of land or building. So, let’s begin

As per this section, a capital asset means the property of any kind held by the assessee whether or not connected with his business or profession.

Although this definition includes other points also, here I’m explaining the provision of capital assets restricted to land and building.

Agriculture land situated outside India shall always be a capital asset.

Hence if a person transfers any capital assets then he shall be liable for the payment of capital gain tax. Now another question arises, what is the meaning of transfer.

Section 2(47) defines the term “Transfer includes a sale, exchange or relinquishment of the assets or extinguishment of any rights therein or compulsory acquisition thereof under any law.

Now let’s explain the whole provision with an example:

The capital gain shall be calculated in the following manner

If the capital gain results in the long term capital gain then the cost of acquisition shall be taken after indexation. It means if the property which has been acquired for more than 2 years, is being sold then its cost shall be taken after considering the inflation i.e. the indexed cost of acquisition. The cost of the index for the FY 18-19 is 280.

Now, we will discuss the most important provisions of capital gain which need to take care while selling the immovable property and which is section 50C of Income-tax act, 1961.

This can be illustrated by way of an example.

Here the stamp duty value on the date of agreement shall be taken since the part consideration has been paid by cheque and before the date of transfer. Also as per the amendment in finance act,2018, since SDV of Rs.210 Lakhs does no exceeds 105% of the actual sale price of Rs. 200 lakhs(i.e., 105% of 200 Lakhs = Rs. 210 Lakhs), the actual sales price of Rs.200 Lakhs shall be taken as sales consideration and capital gain shall be calculated in the following manner:

Mr. A has acquired land during the year 2002 at a total cost of Rs.60,00,000/including transfer and development expenditure incurred during the same year. After that, he completed the construction of a building on the above land at a total cost of Rs.7,00,0000/ during the year 2007. He sold the land and building together for a lump sum consideration of Rs 60,00,000/ in the year 2018. The value adopted by the Registration Authority for stamp duty purposes for both land and building is  Rs.35,00,000/. The market value furnished in Annexure IA to the sale deed for the land is 35,00,000 and the building is Rs 25,00,000/.

In the above example, as the actual sale consideration received by Mr. A from his transferee is more than the value adopted by the Registration Authority for the purpose of stamp duty, then the same would be required to be considered as the value of sale consideration for the purpose of computing the long term capital gains and as both the immovable assets have been held by the assessee for more than 24 months without claiming depreciation on the building, the same has been considered to be long term assets.