With a thirst to explore the business beyond local shores and leverage upon the cost and other benefits, many of the candidates have been moved from one country to another country. So this thing has raised questions in mind regarding the personal tax implications resulting in Double Taxation. 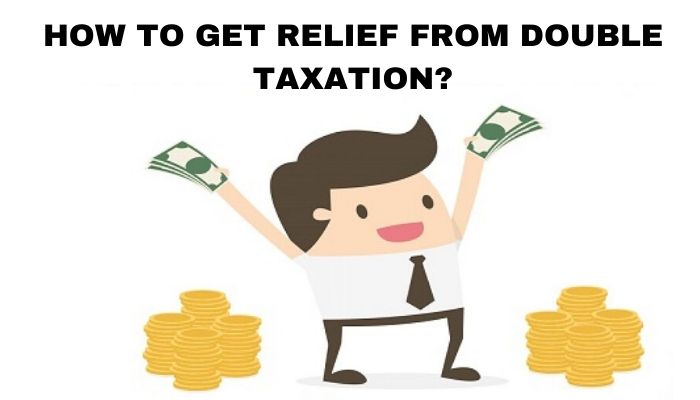 It has been emerged out as the relief for those employees or other individuals by way of this tax treaty Agreement allowing Source income to be taxed in the source country or Destined country itself.

For Eg:- An individual of the US being NRI in India having income from Rent in India than in order to get exempt this income in India and paying taxes only in other countries, he can avail DTAA relief upon producing the Tax Residency Certificate to claim this relief.

As taxation is based on the concept of:-

Let’s have a discussion over the above two terms:-

This rule states that income will be taxable in the country where it originates irrespective of the fact that Income arises or generate in India or other countries.

Under this rule, it is stipulated that income will be taxed in the country where the taxpayer resides. So it is quite a simple methodology as well.

By following either of the aforesaid technique, DTAA provisions are applied and become much significant for the taxpayer to be cost-effective in terms of tax as well.

The requirement of the DTAA

When the individual having Residential status has income from a various source in India and having another nature of income from Outside India paying tax on the foreign earned income in Foreign and paying tax in India as well on the same income upon which tax was deducted in the foreign country lead to Doubly taxed Income. So to avoid this double taxation on the Taxpayer earning various income from two-country, a surge need arises of Law under the Income Tax Act wherein Relief is provided by way of  Reduced Tax on the same income while determining the Taxable Income by the Indian Resident.

Various amendments have also emerged out with the new rules and have been applicable to the extent they are more beneficial to that assessee.

For the availing benefit of the DTAA relief, TRC (Tax Residency Certificate )is mandatorily required to be produced before the Income Tax Authority (ITA). Even various amendments have also been done in the DTAA provisions with the intent to curb the loophole (If any) in the Legal formalities of the Relief.

TRC has its own format and recent guidelines have also been issued in this respect and for some country, it will be difficult to issue TRC so as to certify the Residency of a particular person having significant function In that particular Country. These aforesaid key points should be kept in mind.

As per the recent amendment in the Income Tax Law, ITA (Indian Tax Authorities) has prescribed the particulars that are required in the TRC which inter-alia include: name, status (individual or otherwise), nationality, tax identification number, residential status for the purpose of tax, period for which the certificate is applicable and address of the NRI taxpayer, which is issued by the Country of Residence (COR).

These all are the particulars that mandatorily have to be included in the TRC else one cannot avail DTAA relief in the absence of this.

Till now, India has entered into DTAA with 93 countries other Limited agreements with 8 countries. Herein Central Government has entered into an agreement with other foreign countries Income so as to grant the DTAA relief avoiding Double Taxation. It is to be noted that the provisions of this Act shall apply to the extent they are more beneficial to that assessee.

There are two instances for the Resident wherein the Agreement with foreign country exist and also No agreement exists.

A) When DTAA agreement exists with another country

There are two types of agreement granting relief under Double

For Eg:- If Henry getting income from Businesses abroad and getting Income of rent from the House Property situated in India then Income will not be taxable Abroad and only be taxable in India in the presence of this agreement.

In this method, Income will be taxed in both the countries that is, Source Country and Resident country. However, the Indian Resident will be allowed DTAA relief while calculating his tax liability under the Income Tax Act

Let’s have an example:-

Mr. Ram, a resident of India having taxable income from Other sources and also getting salary income from America. Then in this case the Mr. A will pay tax on this income in America and in India(being Resident, Global Income is taxed) as well. However, While determining tax under Indian law, Mr.Ram will get DTAA relief.

Where the agreement is entered with another country under Bilateral agreement with reference to section 90 then the Assessee can choose either the option under  Double Taxation Avoidance Agreement or according to the normal provisions of Income Tax Act 1961, whichever is more favorable to the concerned assessee.

An Indian citizen who visits India for a period of 120 days or above will be a resident as per the Income Tax Act while the earlier definition was 182 days or more.

Accordingly, this provision has a wide impact on the Double taxation agreement as individuals who become NRI earlier, it took them 182 days or above to be as NRI.

Whereas as per the NRI amended definition, DTAA Relief will come early into action when an Income strike is to be taxed in both the countries.

India has signed a Double Tax Avoidance Agreement with most major nations where Indians reside. Some of these countries are:

The United States of America 15%

Upon going through these agreement’s Rates with the country, one can avail the deduction on reduced rates which is more beneficial to the Assessee.

Type of income under DTAA relief

Under the DTAA, the following types of income can be considered for DTAA relief while determining the taxable income that is:-

So upon this income, DTAA relief can be applied as per the Indian Government agreement with the foreign country.

2 thoughts on “How To Get Relief From Double Taxation?”