You always hear a line that when one door is closed then another would be open. This thing will always happen. If you stuck in any part of life, then there’s always a door that is opened for you. The same has happened in taxation. So many times when you are unable to determine any issue in Income tax, you will search on the income tax act. If no provision was prescribed of such an issue in the act then you further search on rules then regulations and then any judgment of income-tax authority or high court or Supreme Court. 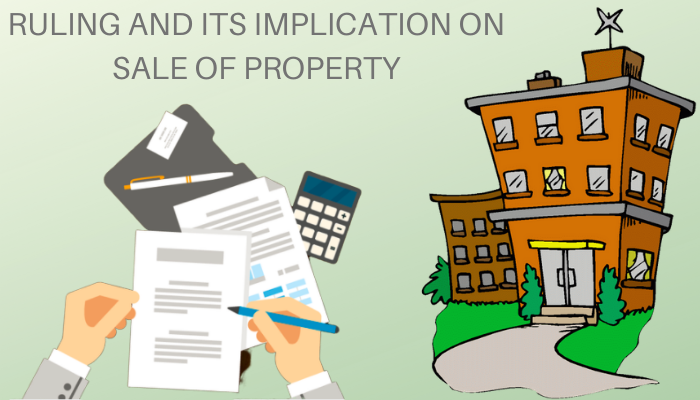 But what would you do if no provision was made anywhere on such an issue? Do not worry, as I mentioned above, that when one door is closed then another would be open. Hence, where the income tax law has not prescribed the issue anywhere then instead of taking the presumption, you can take the advance ruling. If any issue arises like this then Advance ruling works like a Brahma Astra. Also, the advance ruling is applicable to both i.e. Resident Indian as well as Non-Resident Individuals.

However, it is seen that most of the individual people are aware of the same because it is mostly famous among the corporates entities. So what is the advance ruling? In this article, we will understand the meaning of advance ruling, the process for taking the ruling and other related matters.

Advance Ruling is the authority from which one can take the ruling or order on a particular issue and it shall be binding on him as well as income tax authorities. By taking the ruing, a person can avoid its income tax liability in the future. For taking the ruling from the authority, one has to deposit a prescribed amount of fees. Such person shall have to file the application to the authority in form 34C and 34D in four copies

But then why a mostly individual person is less aware of this authority. This is because a resident assessee can file an application for a transaction having a value of Rs.100 crore or more. However, the said condition did not apply for the Non-Resident.

In simple words, A Non-resident can go advance ruling authority on doubt or issue for a transaction that has already been taken or to is taken.

A resident can go advance ruling authority on doubt or issue for a transaction that has already been taken or to is taken where the value of the transaction is Rs.100 crore or more.

Although, the option for ruling from authority can be taken where the transaction has already taken. However, it is always advisable that whether the person is resident Indian or Non-Resident if he has any doubt relating to the computation of tax liability, then he should apply before the transaction is undertaken.

As a clarification, the Advance ruling shall be benefitted to the person only if the said transaction is undertaken or proposed to be taken in India. Hence, a resident Indian or a Non-resident person is not eligible for taking the advance ruling on a tax implication in India for a transaction executed abroad. In simple words, Advance Ruling gives a clarification relating to Income Tax matters on its implication of a transaction which has been proposed/undertaken in India.

A resident Indian or Non-resident can make an application to Authority for Advance Ruling (AAR) u/s 245N to 245V of Income Tax Act. The fees may vary from Rs 10,000 to Rs 10L which will depend on the category of case. The fee in property matters is Rs 10,000. In my opinion, taking a ruling will be worth in most cases as it avoids all the future tax hassles.

Though Advance Ruling is a very wide topic and applicable for a vast range of transactions by/with NRI’s. Also, it is a very complicated subject. As we specified above that the order of the authority shall be binding only on the applicant and the income tax authority. That means, if another person is also having a similar kind of doubt then he shall have to take the separate ruling from the authority because generally, the fact of the transaction is different from case to case. My ultimate objective of posting this article is to inform/educate the NRI Sellers/Resident Indian buying property from NRI about Advance Ruling. It might not be applicable/beneficial in all kinds of cases.

Believe me, there is a lot of misunderstanding in respect of TDS/Tax Liability on NRI Property. I have tried to cover this advance ruling, capital gain tax and TDS on sale of the property on NRI property. Although, TDS and Capital Gain again are very vast topics. Through this article, I will try to cover almost all the common issues and their possible solutions. However, all the cases are not so simple and there is some confusion or doubt on tax liability in India. Every Resident Indian Buyer and Non- resident is having its own version of TDS, capital gain, DTAA, and tax liability and it is seen in most of the cases that the end result, the deal is called off. Most cases related to agricultural land, inheritance, both parties are NRI, etc may fall in this category.

Note: Do not confuse the advance ruling with the NIL Tax deduction or lower tax exemption certificate. The tax deduction certificate is available only to the TDS on the transaction. On the other hand, the Advance ruling is given on the transactions related to the tax liability.  In simple words, TDS is Step 1 and the fulfillment of Tax Liability is Step 2. In this case, step 1 ensures the compliance of step 2.

It is generally seen that the person who made the application to AAR is having a doubt related to the computation of income/capital gain or tax liability. In technical terms, it includes the determination of any question of law or of fact specified in the application. Therefore before you apply for an advance ruling, you should check with your CA whether your application is valid or not.

Transactions for which Application cannot make for Advance Ruling

Till now, we have discussed if a person is unable to find the solution in respect of income tax then he can apply for the Advance ruling but there are some cases in which such person cannot go for ruling from the advance ruling authority. We have explained it below:

As per section 50C of the income tax act, we’re on the transfer of property is the land or building or both, the sale value of the immovable property received or accruing, is being less than value of the property which is assessed or assessable by the stamp valuation authority, then the value which has been assessed or assessable by the stamp valuation authority shall be deemed to be the sales consideration and the assessee being seller shall be liable for the payment of capital gain tax on such value. Although as per the fiancé Act, 2018, provides that the stamp duty value does not exceed 105% of sales price, then actual sales price shall be taken as consideration and not the stamp duty value.

Hence in simple words, the seller has to consider the stamp valuation authority rate or circle rate for computation of capital gain. On the other hand, for a buyer, as per section 56(2)(x) of the Income-tax Act, the difference amount between stamp duty value and sales consideration will be taxed as income from other sources.

Now to avoid the complexity, it is advisable for the assessee being buyer/seller, he should approach the income tax department for an advance ruling. Although Unfortunately, Advance Ruling does not cover the determination of the fair market value of the property.

The AAR is having the powers of a civil court. So, as we have mentioned earlier that advance ruling is binding on both the parties i.e. applicant and the tax authorities. If the application is being made to the authority when the transaction is already undertaken then Income tax authorities shall not pass any order on the matter pending before authority till advance Ruling is passed. This is to be noted that advance Ruling is binding only on the rank of Principal Commissioner and his subordinates. In the future, if the case is being opened by the Income-tax officer who is having a rank higher than the principal commissioner then he can pass the order against the advance ruling. Though it is highly unlikely.

If future the IT department finds out that the facts presented by the applicant were wrong/misrepresentation or fraud, the advance ruling can be declared null and void. In the case of a change in law, the ruling stands void.

Summary: In this article, we have tried to explain all the critical parts of the advance ruling in a summarized format. Although, it is always advisable to hire a qualified CA who can help you in this process. If you have any doubt or issue relating to advance ruling or TDS on sale of property or NRI selling the property in India or any other related matter, then you may ask us on Whatsapp or Email.